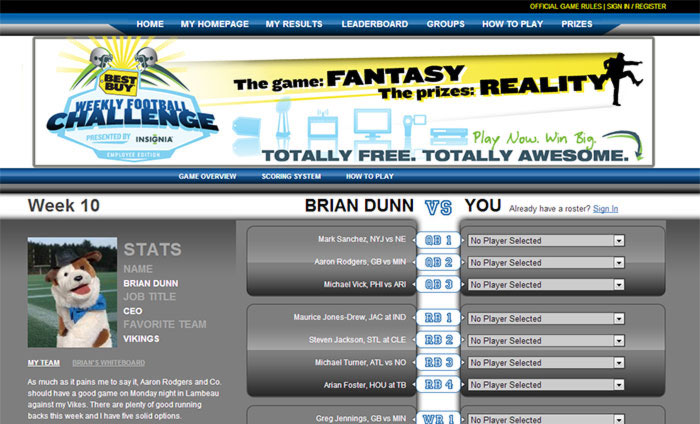 Launched back before NFL week 1. But, that was DjangoCon 2011, so the post happens today.

Best Buy's site is operating for the third year in a row. Originally it was open to the public, but now it is employee only. You play by selecting a line-up every week and play against your co-workers and against the CEO. Makes for really fun team building.